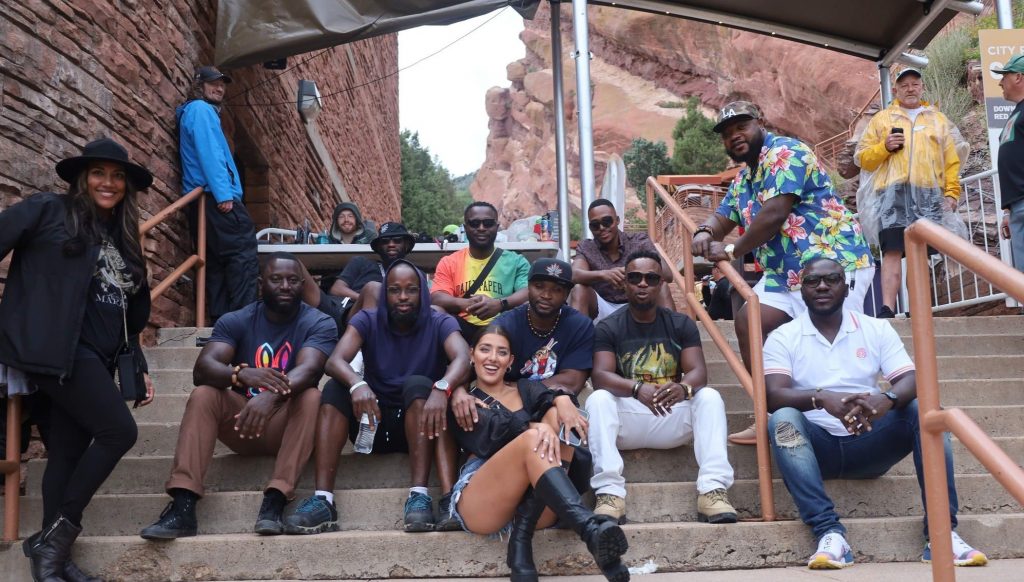 Believe it or not, a large population of black immigrants, specifically from Africa, reside in the Denver Metropolitan Area in Colorado.

Shortly after running into a group of foreign-born concertgoers, mainly from West Africa, attending the Reggae On The Rocks concert featuring Rebelution, Third World, Mykal Rose, Keznamdi, Pacific Dub, Judge Roughneck, and DJ Mackle at the Red Rock & Amphitheatre, and while exploring the beautiful Red Rock near Morrison, Colorado, we came across other black immigrants, mainly from Somalia, Ethiopia, and other parts of Africa who reside nearby.

Part of the increase is due to the refugee resettlement program. Data.thenewsstar.com provides an approximate breakdown of black immigrants settling in the Denver area since 2002.

“Denver-Aurora-Lakewood metro area Is where one would find the most refugee and immigrants, primarily Ethiopian and Eritreans, including Nepalese and other African tribes as well,” a Taxicab driver from Somalia waiting outside Red Rocks Amphitheatre said.

Another reason for the increase in population is that if one family member resides in that area, other relatives or close acquaintances will likely move there too. It makes it easier for others to get employment or become entrepreneurs.

In Columbus, Ohio, for example, they just had their third annual Columbus African Festival, which draws thousands. With the success of the festival, Somalia festival, and Liberian in Columbus independence celebration, it ought to put that city on the map to let other immigrants elsewhere know that relocating to that city would be a financial gain, and they will also be around their people.

Per a report by Pew Research Center, 42% reside in the South (mainly Atlanta, Miami, Houston, and Dallas area), 10% in the Midwest, 10% in the West, and 36% in the northwest (especially Boston, Washington DC/Maryland area, and of course, New York).

Immigrant travelers are always looking for cultural places to eat when they go somewhere new, which could be another reason. I had dinner at African Restaurant & Cafe, an Ethiopian restaurant located in Colfax, Denver, for 17 years. They said they get outside travelers, other black immigrants, not just from Africa but from the Caribbean too.

For young black immigrant’s professionals, it depends on where their families or their education or career journey take them, and that number could plunge if they decide to stay after completing their studies.

The question remains, why the surge of black immigrants in the Denver metropolitan area?

“The city has enormous tourist attractions, so economically speaking, it is a good investment for us to be here,” one hiker said. Denver is Colorado’s State capital, also known for its outdoor adventure, another great attraction. The Red Rock Trading Post in Morrison and the nearby city of Grand Junction have tons of incredible Hiking destinations.

Red Rocks Amphitheatre, located near Morrison and ten miles west of Denver, Colorado, has an open-air theater built into a rock structure.

By Okon Ekpenyong It was a warm yet rainy day in Northwest Houston, but that did not stop the c ...