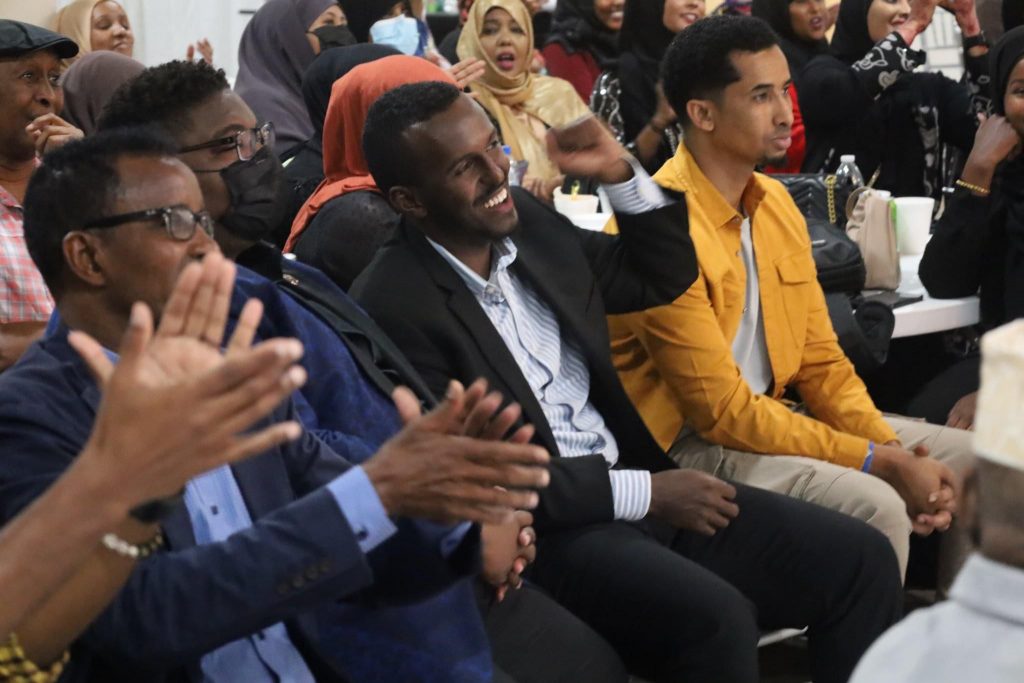 Currently leading Democrat contestant for Ohio House of Representatives seat District 3, Columbus-based Attorney Ismail Mohamed at the August 2, 2022, primaries has appealed to his supporters for patience as the absentee votes are being counted.

“In my race in the 3rd Ohio House District for State Representative, we lead by 37 votes which are still to be celebrated with historic ramifications if our lead remains after the process of counting the votes that are currently outstanding,” said Ismail Mohamed in his social media handle.

“Your patience will be greatly appreciated. When we get accurate information on the race we will post.” He expressed appreciation to his supporters “for your energy, love, support, time, and effort! We should be proud, but we will remain humble and steadfast as we await the final tallies.”

Ismail Mohamad and Munira Abdullahi made History on Tuesday, August 2nd, during the Ohio primary. That is not an understatement; it is a known fact.

After defeating Filippelli, Munira won the newly created House District 9 representing the Democratic Party, becoming the first Muslim and Somalian-American to advance and most likely will gain the seat because she is running unopposed in the November General Election. On the other hand, Mohamad leads in House District 3, but the race is still too close to call.

Munira was born in the USA, but we must give lots of credit to her parents. The road to America as a Somalian refugee was not an easy one. That’s why this victory means so much to the Somalian and New American communities that can relate to her parent’s struggles.

Thoughts on her Victory:

“The win is the first step we took to break the glass ceiling. After this, we have effectively changed the landscape of the Ohio community. Many new Americans have the passion and inspiration to run and present themselves in the Ohio landscape. It is time that we have a broken record and will continue doing so. It doesn’t stop once it starts because the bulk is growing, and I am excited to see the future.

Ohioan is a supermajority, so working with both sides is how we will continue to succeed. There is a way to focus on bipartisan issues because we all have similar family values and health struggles. Focusing on those values and not just making compromises but solutions based on those values will lead to more robust equality in the Statehouse.

We have more in common than differences, and it’s beautiful to see that we come together despite living on two separate state lines. I’m honored and privileged to hear about that, so it’s fantastic.

Munira graduated from Ohio State with a Bachelor’s degree in Political Science; meanwhile, Mohamad is a Capital University Law School graduate. As someone with Type-1 Diabetes, Abdullahi understands how hard it is to pay outrageous insulin prices and medical bills, which is why she passionately advocates for affordable healthcare.

Receiving an endorsement from the Franklin Democratic Party

was huge because they see the presence and differences that the Somalian and New American communities are making in Central Ohio.

Musa is a community leader and campaign organizer for both Mohamad and Abdullahi. Musa also stated that two days before the primary election, she and her team day started around 5:30 am, but it was worth it at the end of the day.

“The win is about continuing the improvement of our community, bringing people from different walks of life together, and bettering the state of Ohio,” Carlton Wedding, campaign manager for both Abdullahi and Mohamad.

As a Somalian-American and well-known community leader who works with both sides, Burhan Ahmed spoke highly of both candidates’ victories and how they will inspire the next generation.

Five candidates were running in the newly formed District one, and a day after the primary, the thirty-seven votes separated Ismail Mohamad and Kelly Harrop. Per the board of Franklin County Board of election website, Mohamad leads 34.9% to 34.2%, but because of how close it is, Harrop’s campaign can ask for a recount.

If Ismail can soar to victory, both wins would solidify the New American community’s place in the political spectrum in the State of Ohio after knocking on doors for so many years. Mohamad immigrated to the USA as a child and as a refugee to be an inch away from winning the Democratic primary election after his second attempt is a pretty remarkable story. Oh yeah, he is a lawyer and an active community leader.

Voters turned out during Ohio’s August 2nd primary election were low mainly due to re-districting map confusion. “The re-districting process did not work well; on August 2nd, we all saw that because of the low turnout of voters. When you have two primaries with very limiting things on the ballots, specifically on the second one, it should not surprise anyone if there’s a low turnout,” Ohio Governor Mike DeWine said.

Incumbent Rep. Dontavius Jarrells won State House D-1 in the Democratic Primary race and made history by becoming the first African-American male to represent the well-known Bexley area. Before the re-districting, he represented District 25, which has a sizable Somalian Population. So, apart from his campaign, he was heavily campaigning for Abdullahi and Mohamad. “It is a historic night because, on the one hand, we have a confirmed representative in office, and I am proud to be working with her next year. But it would be great to have Ismail joining us on this journey, and we are almost there”.

“It is an honor and a privilege to represent such a diverse community, and I look forward to getting started in January,” Jarrells said.

Meanwhile, incumbent Latyna Humphrey gained her first victory in the newly created District 2 after taking over for D-26, left vacant by Erica Crawley.