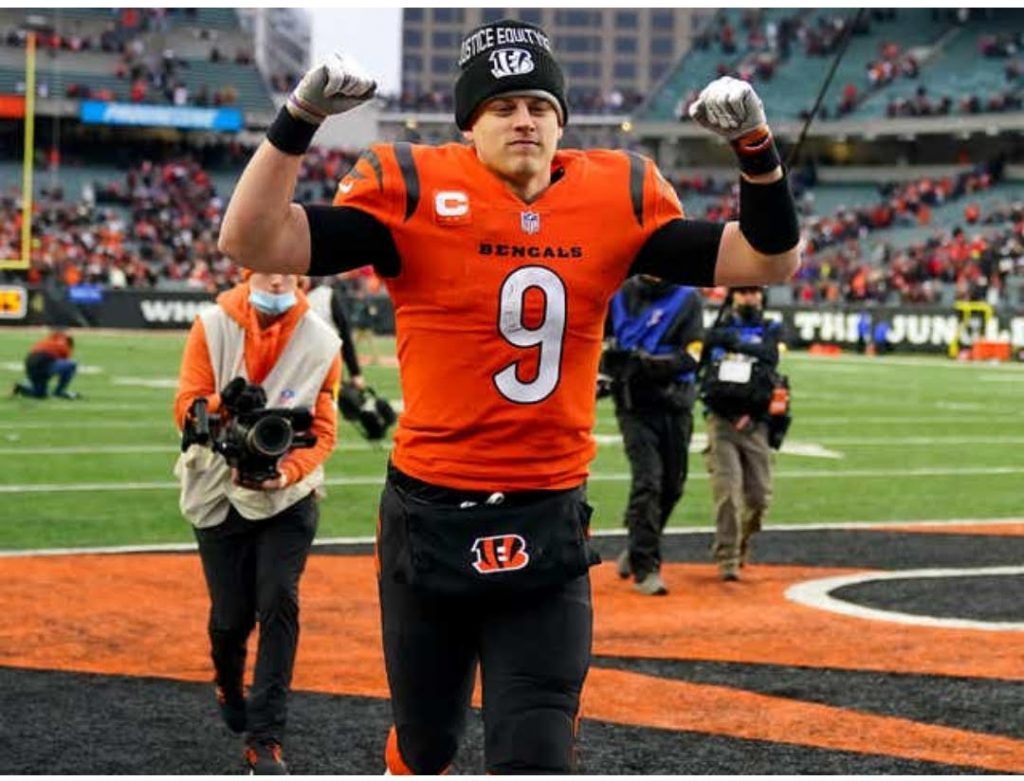 Former Athens High QB Joe Burrow led the Cincinnati Bengals to their first career postseason win in 31 years with a 26-19 victory over the Las Vegas Raiders. Burrow completed 24 out of 34 passes for 244 yards and two touchdowns.

Cincinnati survived a late push from the Raiders, as quarterback Derek Carr led the Raiders 56 yards in the fourth quarter. After a 15-yard roughing the passer penalty by Cincinnati, followed by a great throw and catch from Carr to Waller the Raiders found themselves inside the Bengals 10-yard line with four downs to potentially tie the game.

Carr was unable to convert on the first three downs with contested passes in the endzone. On fourth and goal with the Raiders season on the line, Carr threw an interception which sealed the victory for the Bengals and sent them to the divisional round of the playoffs.

Bengals head coach said there were two game balls given out. The first was given to owner Mike Brown, “This means the world to him. If I coached in any other organization in football, I probably wouldn’t be here right now in year three, but they gave me a chance to see my vision through.” Taylor said following the game.

The second ball went to the city of Cincinnati. “To me personally, it means the world to look up in the stands and see the city come alive,” Bengals defensive end Sam Hubbard said. Hubbard is a Cincinnati native.

The competiveness of the game can easily be out shadowed by the controversial officiating. On a key third-down play late in the second quarter, Joe Burrow scrambled to the sideline and threw a 10-yard score to Tyler Boyd to take a 20-6 lead.

As the pass was mid-air, an official blew his whistle, which should have negated the touchdown but after a referee discussion they ruled that the whistle was blown after it had already hit the hands and was caught by Boyd, so the touchdown would stand. The initial whistle was blown by a sideline official who seemingly thought Burrow had stepped out of bounds before releasing the ball.

The NFL didn’t comment on the controversial touchdown during the game, instead deferring to NBC’s rules expert Terry McAulay, who noted the call can’t be fixed by replay. “They can’t have a touchdown on that play, by rule,” McAulay said.

Derrick Carr, who is also making his first career postseason start completed 29 out of 54 passes for 310 yards with one touchdown and one interception.

The Bengals will be tuned in tonight to the Steelers and Chiefs game, as they will be playing the winner of that game in the next round.

Big moment for the Cincinnati Bengals organization and for the entire city of Cincinnati. I think Joe Burrow is here to stay. In only his second year to erase a 31-year play-off drought is a remarkable accomplishment. Briefly enjoy the victory because the overall mission of winning a Super Bowl has not been completed as of yet.

The Bengals advance to AFC Championship

By Okon Ekpenyong Football is life, but you’ve got to mix it up with good food, die-hard ...