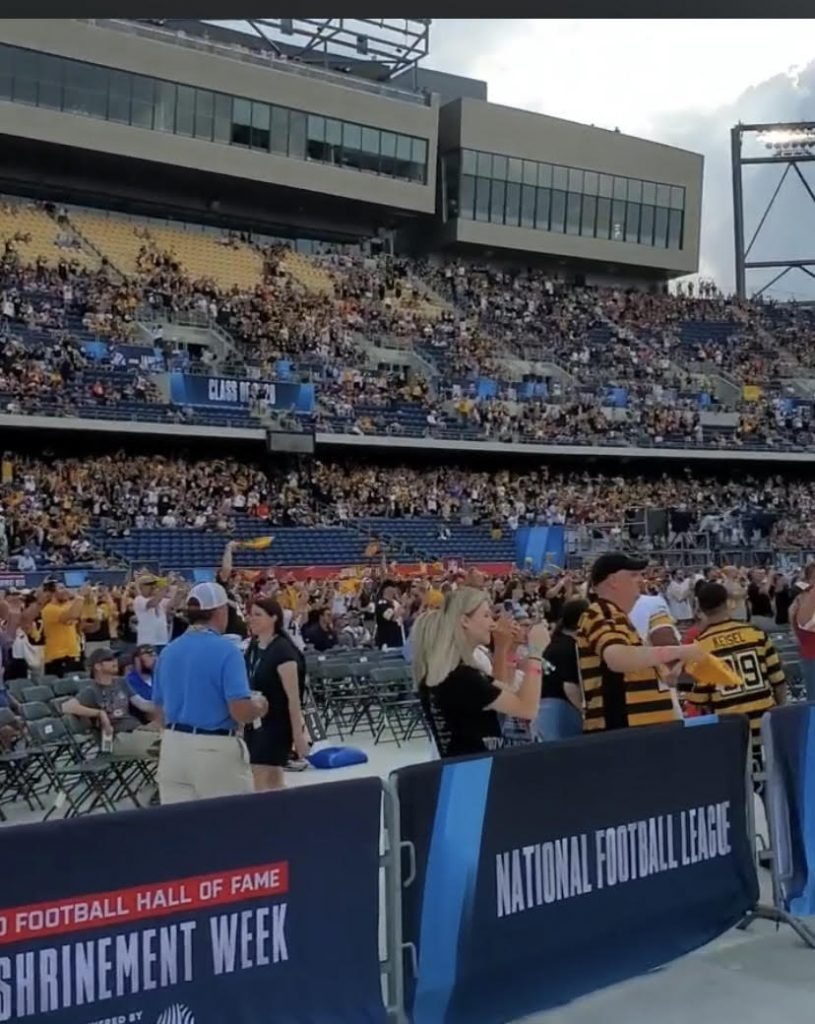 Sunday, August 8, 2021, the first day of the sacred Gold Jacket ceremony, hosted in Canton, Ohio was once again a loaded roster of unforgettable moments and epic speeches.

Speeches at the opening day surely did not disappoint with Edgerrin James giving a HOF speech that a lot of young people with less fortunate situations can use to drive their mind, body, and soul to rise above all dangerous temptations.

“People looked at my gold teeth and dreads and were shocked and surprised I had never been arrested or spent time in jail,” James said Saturday night.

“Some people told me that you can’t have gold teeth and dreads and be accepted in the NFL, but I never listened. I always knew who I was. A great football player, a great father, a proud Black man, a lion, and this was my mane (grabbing his dreads), which many of those doubters later discovered once they got to know the real me. Times have changed. Look around the league.”

Also speaking, Isaac Bruce said, “to the nameless voice that called me two weeks before the draft in 1994 to let me know that the NFL wasn’t checking for me. They didn’t like me. They liked more of NFL legends Bert Emanuel and Ryan Yarborough. I know you’re alive, I know you’re listening. I prayed that God would keep you alive for this day. My message to you is — rap legend Kool Moe Dee wanted me to ask you: ‘How Ya Like Me Now?”

Former Steelers great Troy Polamalu was medically cleared to give his induction speech Saturday night at the Pro Football Hall of Fame enshrinement ceremony, NFL Network’s Steve Wyche reported. Polamalu’s participation had been uncertain after he announced last week that he had recently tested positive for COVID-19. He was not in attendance for Friday night’s Gold Jacket Ceremony.

“Thank God I feel great, and family are well,” Polamalu posted to Twitter on July 30.

“I’m working with the HOF to ensure we abide by all protocols to make it to Canton in time for all the festivities.”

The four-time All-Pro and two-time Super Bowl champion is part of the 2020 class, whose induction was postponed a year because of the pandemic was greeted with Terrible Towels waving throughout the stadium and his HOF bust also took over headlines showing the detail of his hair on the bust

Monday, day two, should be another epic night of the NFL HOF Gold Jacket ceremony which will begin at 6:30pm EST.