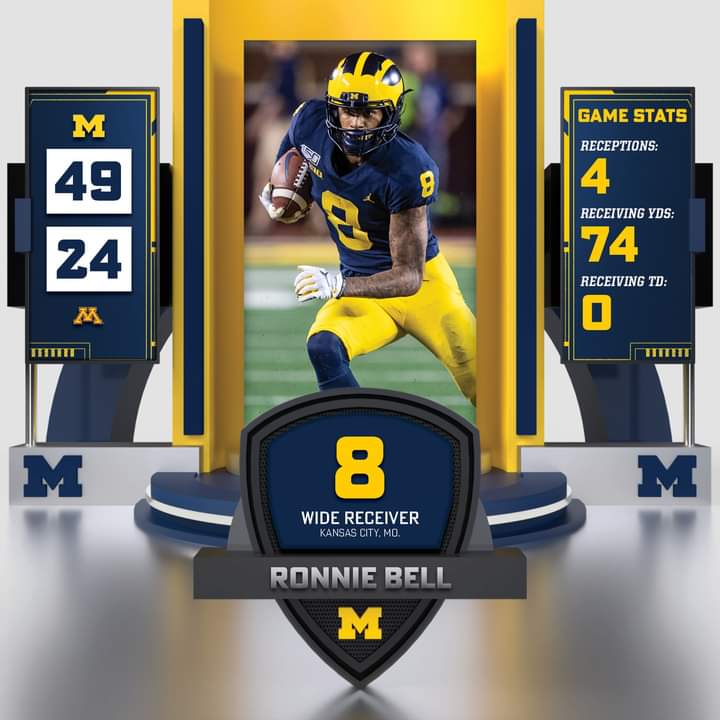 At one point in this crazy year, we didn’t think that this time would ever come. But it’s finally that time the big ten is back! And there is no other way to kick off the 2020 season then having the Mazin Blue in prime time. The Michigan Wolverines take on the Minnesota Golden Gophers at 7:30 P.M. in Minneapolis, where you see a new look with the Wolverines and the Golden Gophers.

Under the Jim Harbaugh era at Michigan, this is the first black quarterback starting under center for Jim and the first black quarterback in six years that Michigan has had since 2010-2014 with Devin Gardner. You may be asking who this kid that you speak of is? His name is Joe Milton, a junior out of Olympia, Florida, that has patiently waiting for his shot to take this football program to the next level. He sat behind Shea Patterson and Dylan McCaffrey last year. He is now number 5 and is on the rise; with COVID-19 playing a considerable part in this year’s offseason, Milton will be without Michigan’s top receiver and security blanket in Nico Collins this year due to him opting out, the football season too because of the coronavirus and wanting to get ready for the upcoming NFL draft.

But don’t worry, Wolverines fans, because all is not lost. Milton will still have weapons at his disposal; some are not battle-tested, and yet some are. For example, Chris Evans will be returning for his fifth year of eligibility after being dismissed from the team for academic reasons. Look for a lot of running off the ball to help Milton navigate the beginning part of the season to build his rhythm and confidence.

For the Minnesota Golden Gophers, they were coming for a terrific season last year. Finished second in the Big Ten West behind Wisconsin and looking to continue their newfound resurgence and success under head coach Pj Fleck. With Minnesota keeping their starting quarterback Tanner Morgan but losing key offensive players at wide receiver and on the defensive side at safety, the Golden gophers still plan on “Rowing the Boat” to another successful season and ultimately making it to Indianapolis for the Big Ten title game in December this year. It will be interesting to see both teams come out and jump right into real gameplay and real game situations after being away for ten months!! I can honestly say that I’m excited for Big Ten Football to pick back up and start, are you? Sadly, for the Gophers, they lost their season opener to the Wolverines on Saturday, October 24th, with a score of 49-24.

By Jassie Dingess Who was hungry enough to go to the Big Ten Championship?The Big Blue showed u ...

By Michael Moore The University of Michigan has suspended all sport activities for two weeks du ...