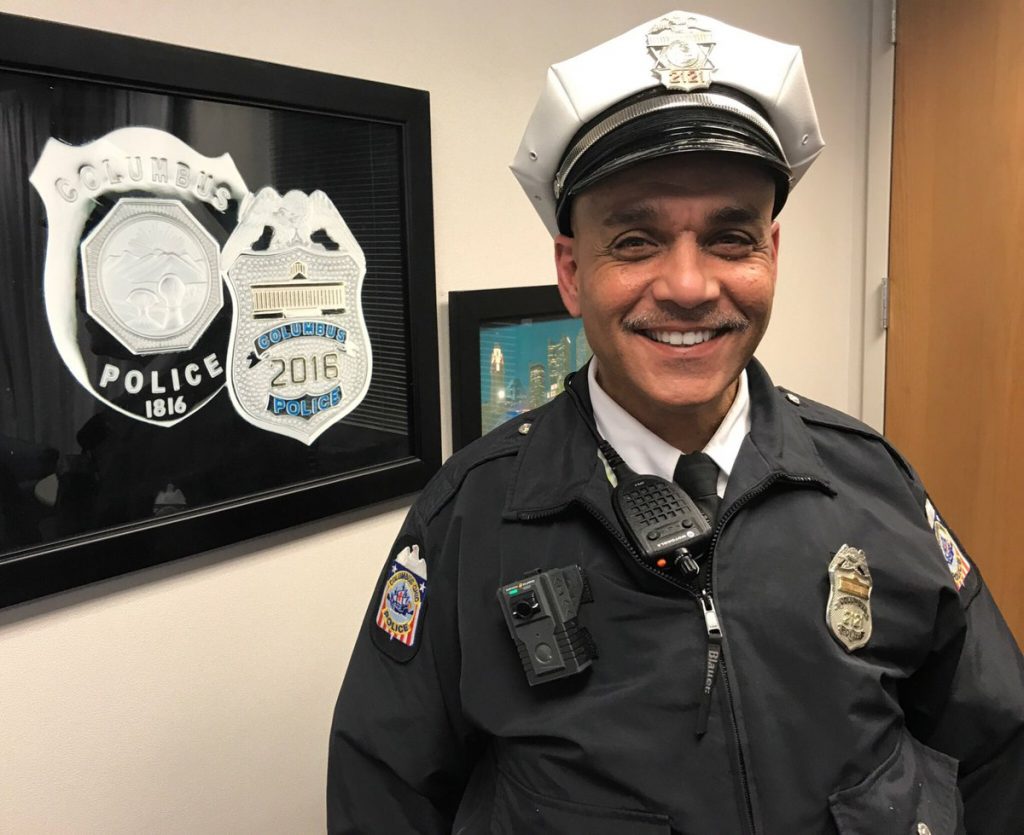 Under the burden of a hot, late May afternoon, Officer Khaled Bahgat of the Columbus Division of Police kept his cool as he patrolled the 11th precinct. On what was a normal day for Officer Bahgat, I was given a brief look into the world of law enforcement as I spent the day with him as part of the ride-along program.

As we started the day, Khaled, a first-generation immigrant, explained that he never intended to end up in law enforcement. “It was really by chance.” he says. 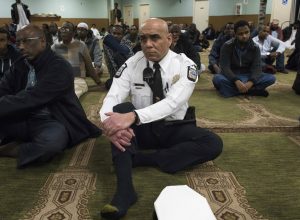 Before becoming an officer, Khaled managed a property in Columbus and often encountered situations that required law enforcement to be called. However, most of the time, Khaled had resolved the situation before the police arrived. When an officer suggested he consider law enforcement, a surprised Khaled responded by saying he knew nothing about law enforcement. The officer then explained that his role as a mediator and problem de-escalator was the bulk of the job.

Twenty-two years later, Khaled is one of more than 1,500 officers patrolling and protecting Columbus residents. In addition to his normal duties as an officer of the law, Khaled recently stepped into the role of New American Diversity and Inclusion Liaison Officer.

“Some people would ask, what is a new American? I always tell them there is no time limit. I use myself as an example. When I came here as first generation, it took me ten years before I felt very comfortable with everything,” says Bahgat.

Khaled and his family immigrated to the United States from Egypt in 1980, when he was just 15 years old. “We just took a chance, rolled the dice, and the rest is history.”

His family’s background and his father’s role in the Egyptian military gives Khaled an understanding of some of the challenges new Americans face when it comes to public safety and police-community relations. 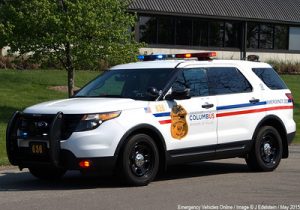 Being largely unfamiliar with law enforcement from the police side of matters, I knew little of what to expect during my eight-hour ride-along. On the day that I spent with Khaled, his duties changed and reacted to the needs of the community. In one moment, he may be called to assist to direct traffic while an accident was cleared. In the next, responding to a report of a suspicious person with a firearm.

The fluid nature of his work speaks to the discipline, attention, and caution with which an officer must carry themselves to perform their duties in an effective, efficient, and respectful manner. On top of these demanding conditions, Khaled also balanced his commitment to fasting during the month of Ramadan. This year, as Ramadan falls on long, hot days, Khaled’s unique role, commitment to Columbus, and enduring spirit are more apparent than ever.

Although his job changes throughout the day based on community needs, Khaled’s role as New American Diversity and Inclusion Liaison is indicative of the long term changing needs of Columbus. Now, he is able to allocate time specifically to helping those who are experiencing what he once went through as a new American. Khaled invited me to attend two meetings he had scheduled that day, meetings to discuss and plan events surrounding the well-being of new Americans in Columbus.

In one meeting, Khaled assisted in planning upcoming events for the Emerging New American Community Team. The program seeks to connect aspiring Central Ohio new American leaders with established community resources in order to build a base of knowledge that empowers them to become advocates for the new American community. In another meeting, Khaled met with a Sergeant in the Northland Area and a local leader and advocate of the growing Bhutanese and Nepali communities.

During a time in the United States where community-police relations can be contentious, a time in which officers are held to a higher standard and often scrutinized as a result of heightened use of social media, Officer Khaled Bahgat is emblematic of the vital role police play in securing safe, thriving communities. The role an officer plays in their community is subject to change at any given moment, but the responsibility of an officer always remains the same – to serve and protect the public.

I began the day with little understanding of what it is like to sit behind the wheel of a police cruiser, the burden of that responsibility, and for the most part, I am still unsure.  But what I did leave the day with was a feeling of confidence. Confidence in our city’s strong communities, confidence in our ability to adapt and react to change, and confidence that officers like Khaled Bahgat are out there, making a difference in whatever role they happen to have in that moment.